The 33-year-old, who lives in Ho Chi Minh City, is an avid traveler who often embarks on long motorbike and bus trips with her husband.

Her most memorable trip was in 2015, when she journeyed across Vietnam on a vintage Vespa. She crossed the Truong Son moutain range, marveling at the rows upon rows of mountains on her way to Khe Sanh township in Quang Tri Province, central Vietnam.

“To me, traveling by motorbike means freedom. It allows you to enjoy the beautiful landscapes throughout the country,” An said.

When her trip ended, An thought of inviting her parents to go on a trip with her since they too were fond of travelling and exploring. That was in 2015. Her 63-year-old mother was happy to hear the plan but her father, 66, was hostile to the idea.

The trip kept getting postponed also due to her father’s demanding work schedule, which depended on the flower blossoming season. 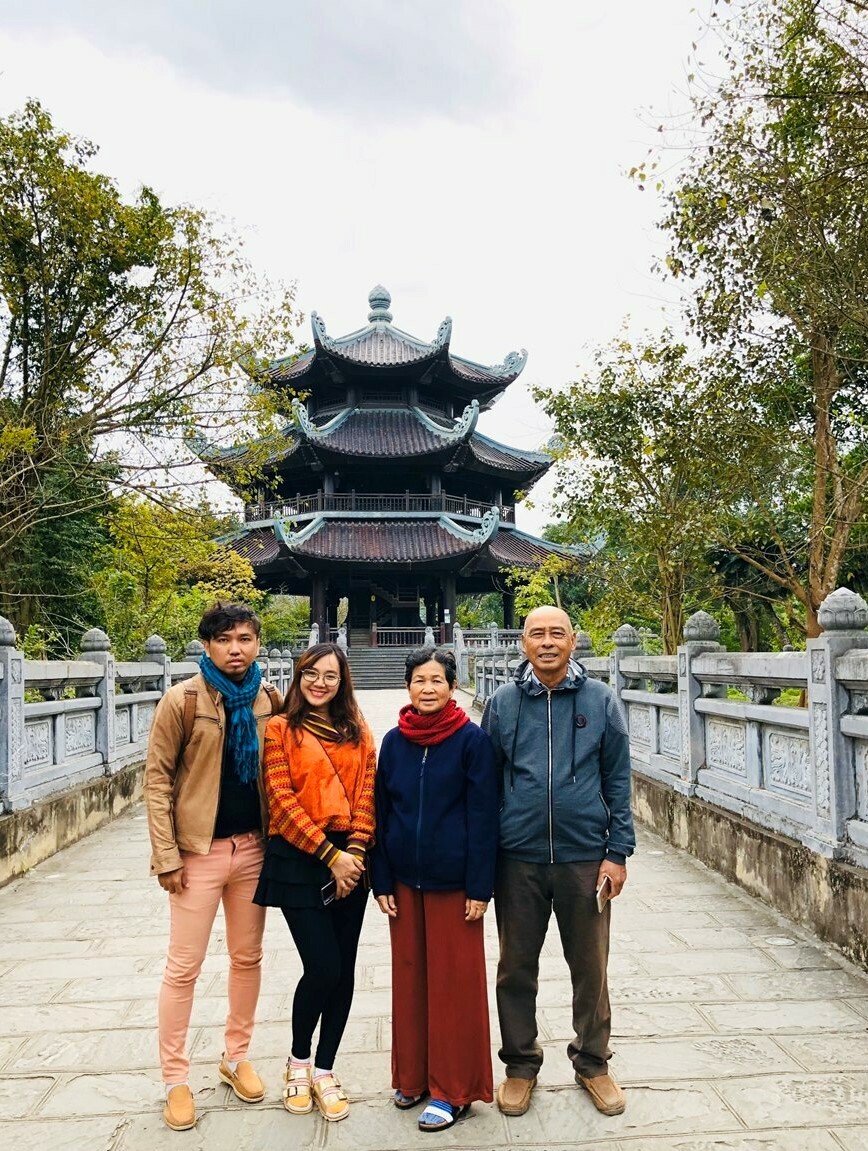 Truong An with her husband and parents, who are farmers from Vung Tau.

Toward the end of last year she noticed her parents were growing infirm, and was more determined than ever to fulfill her plan. The young couple put together a detailed plan and calculated the money required for the trip. To convince her father, they traveled again and again from HCMC to Vung Tau City until he relented.

An explained that her father often reminisced his forest journeys which meant he had desire for such adventures again but health and job concerns came in the way.

Shortly afterward, on February 8, after arranging everything and packing carefully, the family began their journey from Vung Tau.

From Hanoi they sent their motorbikes back to HCMC and hopped on a shuttle bus to Sapa Town in the northern mountains.

As a consideration to her parents’ age, An made it a priority to travel at a slow enough pace and have enough time to rest. Throughout the trip, she encouraged and cheered her parents on.

Since February was cold in the north, the family had to drop Ha Long Bay from their itinerary. This was a bit unfortunate since her mother had looked forward to visiting the UNESCO world heritage site the most. They also had to skip the “incredible” mountain passes of the northwestern region that An had desired to show her father.

The 25-day trip was thus cut down to 18 days, including two days to visit relatives in Kon Tum Province, the Central Highlands.

Everyone in the family returned with beautiful memories. An recalled: “We saw many gorgeous forest trails and landscapes along the Ho Chi Minh Highway. Father would always slow down to admire the views. I would turn around every now and then to see if my parents were out of sight. Sometimes my husband and I stopped and waited, other times we turned around to find them.”

It was her father’s first time in the north. In Sa Pa, they rented motorbikes and explored the area in thick, chilly fog, her father dressed in four or five layers of clothes due to the cold weather. Back to the hotel, he would immediately slip under the comforter. “I laugh now thinking about it though I feel so sorry for him,” An said.

After they returned from the trip, An’s father kept talking to her about the 10-degree Celsius winter that he had experienced for the first time.

An and her husband learned to adjust their habits during the trip. While usually they would hit the road by 6 or 7 a.m, they now waited until 8 a.m. for her parents to finish their morning coffee. Younger people think of traveling as a way to experiment with new foods, but for her parents’ sake, they alternated between experimenting and safe foods. 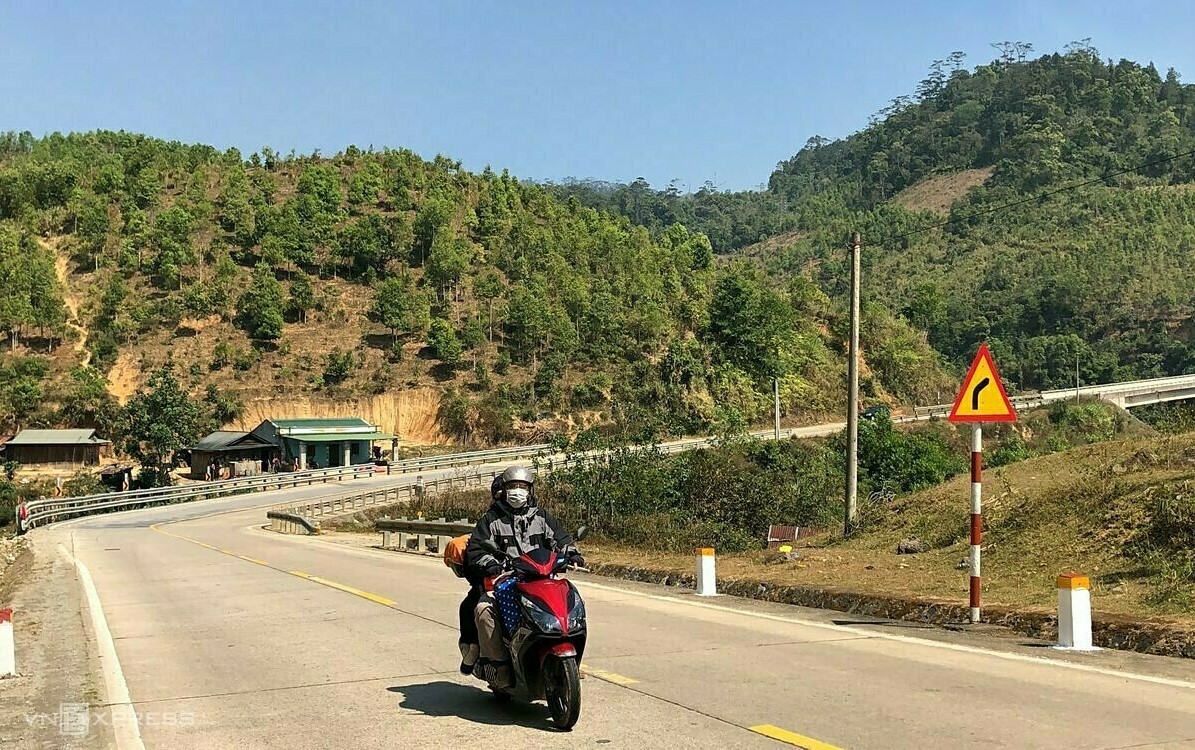 An’s parents in a mountain pass.

On February 25 the family returned to HCMC by plane. The trip had cost VND30 million ($1,290). Everyone arrived safe and healthy.

An said: “I am very pleased to have successfully taken my parents on an unforgettable trip. My parents are quite old now and we don’t know when we can do this again.”

Many of their relatives had advised them against going on such a trip. But she could not see any danger in traveling as long as they were prepared and careful.

Situation permitting, An hopes to take her parents soon on a journey to the rice terraces of the northwest during harvest.